Mastering is the last stage of the audio production process, next to mixing. So make sure that before you start mastering, your audio wave must pass the following properties:

1.) It is a mix down wave. This is single waveform, which is summation or the final result of the mixing process. It should only be one waveform but containing all musical instruments mix (vocals, drums, guitars, etc). See examples below: 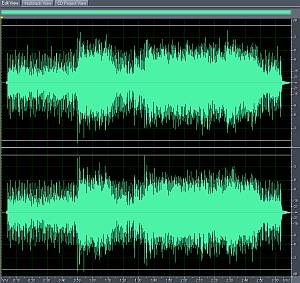 Sample photo of the audio mixdown after mixing process

2.) No EQ and Compression is still applied. It should be completely fresh, the single waveform is still NOT being adjusted with any mastering EQ and compression settings.

It is a good practice in mixing that the completed mix down should have some headroom for EQ/mastering adjustments. You can measure the peak amplitude by going to Edit View –> Analyze –> Statistics.

For details, read this tutorial on the specifications of your audio mix required before mastering. 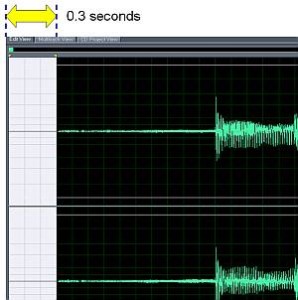 Start of the audio wave trimming

Step2. EQ stage – The objective of EQ stage is to shape the final sound of the recording, apply presence, boost hi frequencies and lows as well as removing muddiness.

Use the Adobe Audition Parametric Equalizer to adjust settings. You can as well apply EQ plugins like those from Wave. Refer to this following good tutorial on mastering EQ using Audition:

EQ Settings for Mastering
How to use a parametric equalizer

Step3. Compression stage – The overall objective of the compression stage is to make the audio wave as loud as possible without creating distortion. In this case, I am using the L2 Waves plug-in for Adobe Audition 1.5:

Under factory preset change to: Hi Res CD Master then adjusts the following:

Click OK, this will maximize the volume of the recording to around -13dB (average RMS power) which is considered OK for master recordings. You can check the loudness in terms of average RMS power by Analyze –> Statistics.

Bear in mind that mastering in Adobe Audition is a destructive audio editing process, so make sure you have backup the original mix before you proceed.