M-audio BX5a is one of the best reference monitors that a beginner home studio engineer can afford. 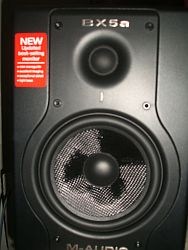 This tutorial will illustrate two ways on how you can connect M-audio BX5a to your computer. The first method is regarding the use of PCI soundcards or on-board soundcards with M-audio BX5a. The second method is a more recommended which is to connect the BX5a to an external audio interface such as USB or Firewire audio interface.

This is rather tricky especially for beginners. Most consumer PCI soundcards includes only one TRS stereo output (1/8 inch TRS jacks) commonly green such as #3 port shown below:

Well if you have PC speakers or headphones it will be very easy to connect since they only have one connectors going to the soundcard output. But things will be different with M-audio BX5a reference monitors to your computer. First, M-audio BX5a is a two-unit speaker system with each speaker has its own TRS/TS input (or even power supply). See below:

To connect the two units of BX5a to a single stereo output of your PCI soundcard; you need to buy the following connectors, cables and adapters to complete the connection: 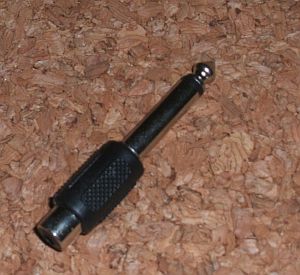 Take note this is a Y cable, on the other end are two RCA male jacks while on the opposite end is a single TRS 1/8 inch jack. Select a high quality audio cable.

1.) Connect the RCA male jack of the Y-cable to the female RCA jack of the adapter. This is how it looks like after joining these connectors: 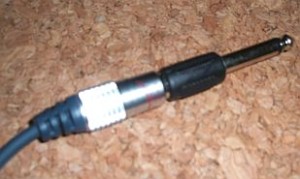 2.) Now you are ready to connect them to your M-audio BX5a and computer soundcard. First connect the TRS 1/4 inch male to the back of the M-audio Bx5a. Do the same for the other BX5a unit. 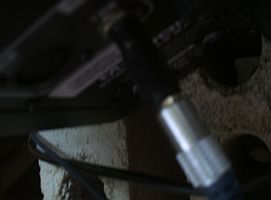 3.) Finally connect the 1/8 inch TRS jack to the back of your soundcard stereo output. You have successfully connected M-audio BX5a to your computer PCI soundcard.
4.) Plug the computer power to AC.
5.) Plug the M-audio BX5 to AC power. (Warning: Read the manual for safety instructions)
6.) Turn on your computer (boot). (Do not yet turn on BX5a).
7.) After the OS booting has been stabilized and turn on both M-audio BX5a unit. Turn the volume level at the back of your monitor to around half (50% maximum).
8.) Play some music and turn the volume level of your computer audio player to some reasonable volume. The BX5a should be playing the music.

This method is much simpler make sure you have: 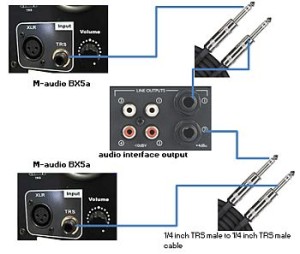 TIP: How to connect speakers to amplifier correctly and prevent damage?

This is an important tutorial on how you will connect speakers to your amplifier correctly and prevent any damage. First, you should know some basic electrical theory behind connecting speakers.