Now you have a recording studio in your home, you might ask: “How do I record my rock band songs in a multi-track recording project?” Is it using one at a time recording or recording the band live? The answer is that you can do both. It depends on the following factors which I will be discussing in details:

1.) Capability of your recording equipment and room.
2.) Your aim as a producer (pertaining to the style of the song and attitude of the band).
3.) Availability of the musicians in the recording venue and time.

Capability of your Recording Equipment and Room

Before anything else, the most important consideration whether you can record a band live vs. one at a time recording is your equipment and studio room isolation limitations. Here is what will happen if you attempt to record the entire band live:

Second, you need an effective isolation of instruments sound in your room. The vocalist needs to be placed in an area with minimal bleeding of other instruments sound into the vocalist microphone. This can be a challenge because the vocal microphone is very sensitive to other sounds (since it is a condenser microphone). This implies that your vocalist will be placed in an isolation vocal booth free of leaking drum sounds and guitar amp sounds. For recording guitars and bass using DI, there will no issues with bleeding as there are no microphones involved. For recording drums, there can be issues of having the vocal sounds bleed into the drum microphones if the vocalist is not well isolated with the rest of the instruments.

Lastly, you need a DAW with multi-track recording capability in ASIO mode and a big hard drive space for saving high resolution digital recording (which is either a 24-bit/48KHz format or 24-bit/96KHz). 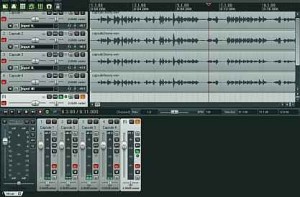 Your aim as a producer

Sometimes it is not only limited and decided by recording equipment’s alone; the decision to record the band live or one at a time depends on the recording producer objectives. For example, the recording producer finds out that the band would sound better if they are recorded live because of the energy when they jam together. There are also instances that the producer decides to record one at a time. An example is to emphasize difficult guitar solo or vocal sections. There are also instances where recording one at a time is necessary especially if the producer will be doing overdubs or layering of tracks (like a double guitar recording or double vocals recording). 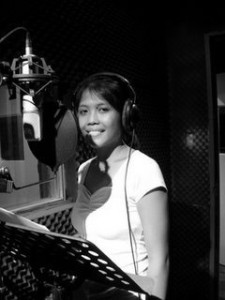 Most rock band recordings are a combination of two techniques (recording live and one at time recording). At first, the band is recorded live primarily to record drums then the producer will track the rest of the instruments one at a time in an overdub sessions.

Availability of the musicians in the recording venue and time

The last consideration whether to record the band live or one at a time is the availability of musicians. As you might have expected; it is almost impossible to group the entire session players together in a single venue in a tight recording schedule. This is because the hired session players might be living in different faraway places.

Thus, the only solution is to record them one at a time. At first, the drummer and primary musical instruments (guitarist or bass players) are recorded live. Then the producer will book separate schedule for the rest of the musicians which can be done in different recording studios at different time. Doing this way, the entire multitrack recording project can be completed even though some musicians are not available for recording at the same place or time.

Two Methods to Control Sound Bleeding when Recording a Band

This is a beginner tutorial on controlling bleeding in multi-track recording by implementing proper isolation techniques. As a background, bleeding is a serious issue in recording where undesired audio are captured during recording. 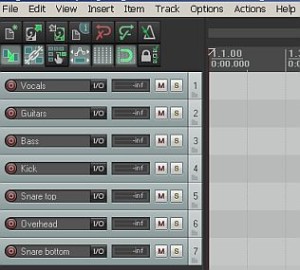 Effects of Bleeding during Mixing and How to Control It

Supposing you are done recording the band and then you start mixing your multi-track project. This is where serious problem will start to occur. First, the track is not an accurate representative of the instrument recorded because it substantially contains recorded audio of other instruments. Second, since the track is not an accurate recording, applying EQ, compression and other effects can be less effective or even futile with extreme bleeding. Finally, your mix sounds dull and confusing since tracks does not seem isolated properly in the mix.

This is why bleeding needs to be controlled during the tracking or recording process. How? Different record producers and engineers have different approach in controlling bleeding during recording. Let’s discuss the two common methods.