I am currently doing a report on country music recording methods and was hoping you could help with some info, advice where and what to search, differences in methods used today compared to older methods exc. Anything at all you could tell me would be appreciated …
—–

I’m glad you are interested in writing a report about recording methods. The techniques used by country music recording are comparable as to what is used in other genre such as rock and pop. It is because the recording gears and equipment used in the studio will be basically the same. Actually much has been changed now as compared before. The changes are affecting in the following aspects:

a.) Audio recording, mixing and mastering method – digital or analog?
b.) Recorded signal type – mono or stereo?
c.) Frequency response of the recording – lack of bass, mid or high?

Let’s start with the 1960’s, the golden age of the Beatles. The recording method of this age is obviously analog. The performance of the musicians was recorded live directly to a tape recorder that looks like this (Studer 4-track recorder): 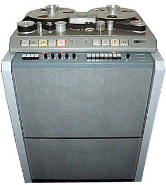 This is the audio mixing console used by the Beatles at Abbey Road studios:

But there is no multi-track (one at a time recording) recording technique at that time. This is the signal path of the recording:

The artist performance is then tracked through a mixing console as shown in the previous console. And the conditioned signal (with effects, EQ, etc.) are then recorded to the Studer 4-track recorder. The recorded signal is stereo (two-channel). The 1960’s bands were one of the pioneers of analog stereo recording. One drawback of the absence of multitrack recording techniques is that once there is a mistake; then the entire band needs to play again to re-record the song.

In the 1970’s, and 80’s it was the start and peak of analog multi-track recording. Multi-track recording is a recording technique in which each instruments are recorded or tracked separately instead of doing all at once (as it was in 1960’s. With multi-track recording, mistakes in recording session can be handled more conveniently because only specific sections or performance are needed to be repeated. The signal path is similar to the 1960’s except that the output will be routed to a multi-track analog recorder such as the one below: 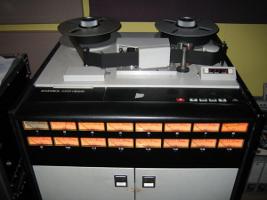 Most recordings released in the 70’s and 80’ are in stereo format.