Do you know why a country music sounds so different from pop and rock music? This is primarily because it’s been produced using different music production techniques. This could either be the songwriting, vocal styles, instrumentation or mixing and mastering techniques. This post would be helpful if you are self-producing your music and targeting country music.

Getting that Country Sound

Country music from all over the world share common similarities. If you listen to American or Australian country music, you could not tell the differences between them; the same with Canadian country music. So how does the record producer give that song a country sound?

It does not start everything at recording but more on the song and the artist itself. The record producer would primary look at these four aspects:

Vocal/singing techniques – country artist has a unique style of singing. They tend to sing more warmly and calm with lots of emotions, feeling and clarity. Unlike other genre, country singers are not ultra-high-pitched singers or too low pitched singers but tend to sing somewhere in the middle. If you are used to listening country music, you can easily distinguish country vocal styles from the rest of the genre.

Songwriting – country artist are often songwriters themselves. They write personal songs with topics focusing on relationships, family and friends. There is a story in the song which the listener could relate to. A country music writer strongly focuses on the song hook because this highly correlates with the song success.

Instrumentation – country music has some music instruments which are not used in other genre. For example banjo, twelve string guitars, ukelele, mandolins, piano are often used in country music but not with other genre. 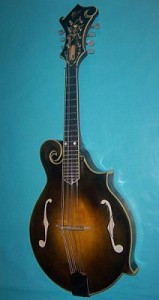 Mixing and mastering techniques – if you have listened to a lot of country records, it’s obvious that the vocals are the most important instrument. They give focus on the vocals and the engineer would make it sound dry (less or no reverb applied). The engineer would also give emphasis to the clarity of the instrumentation particularly banjo, guitar, drums and other strings.