This post contains all the information you need to know about mixing in the box and out of the box. It will list down all the possible advantages and disadvantages with respect to sound quality, efficiency and overall music production process.
You might have encountered these terms very often but cannot purely understand it, you will learn about these things finally in this post.

Mixing IN the Box- Details

Let’s start with the most commonly implemented technique today in budget home recording studios – the mixing in the box. This technique implies that you are mixing tracks within the software or inside your computer that is why it is called “in the box”.

However there are some variations, the recordings could either be made in analog or digital but the mixing SHOULD be done with audio mixing software (such as Pro tools, Adobe Audition, Reaper, Cubase, etc.).

Audio mixing is the stage where the recorded tracks are grouped together by assigning each of them a channel and then adjusting each with compression, EQ, reverb, other effects so that they will sound BEST when they are played together.For example, this is a screenshot of mixing in the box: 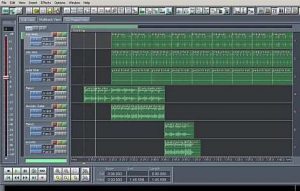 mixing in the box

You have observed that the engineer in this case, will be purely dealing with digital effects because it’s inside the computer. To implement effects such as EQ, compression, reverb, delay; the engineer will rely on plugins installed such as VST or Direct X. Other important settings such as volume automation and panning can also be done within the audio mixing software.

For the analog recorded tracks to be mixed in the box, it has to be converted to digital form. This process is called analog-to-digital conversion:

mixing in the box analog to digital

For example the above screenshot shows the process of how an 8-track multi-track analog recorder can be mixed in the box by using an 8-channel audio interface. Once in digital form it can now be mixed in the box. The most recommended format for digital audio for mixing in the box would be at most 24-bit/96KHz although you can mix at 32-bit float /192 KHz if your audio mixing software and audio interface supports it but I think this is too much. Later you will know the advantages and disadvantages of this setup.

Mixing OUT the Box- Details

In the mixing out of the box, all the mixing is done in an analog mixing console board such as Neve. Therefore all the effects such as compression, EQ, reverb, etc. has to be an outboard gear or hardware (not a software plugin) and connected to the mixer via inserts or aux sends/returns.

The mixing engineer will then adjust the fader knobs of the mixing console to control the level of each channel. Then all adjustments for best sonic quality have to be done in the hardware. This includes setting the compressor attack and release time or the length of the reverb. For example below is a picture of an engineer mixing out of the box using a Neve Console: 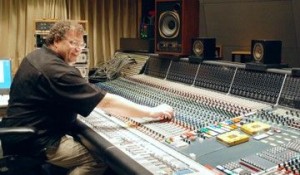