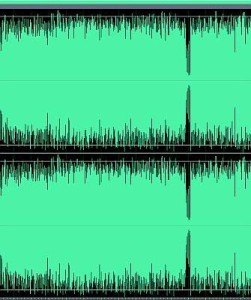 Now it started to become very loud in the late 90’s. A sample song from Offspring averages around -11dB; and there are minor differences between loud and soft (this means it is heavily compressed and the dynamic range is becoming smaller). Its fun to listen though; then in the middle of year 2000, one my personal favorites: 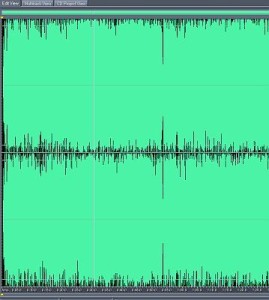 It’s now very loud; almost no difference between loud and soft in the entire song. But this song is still very nice to listen despite being influenced in the loudness wars. Its average volume is around -10.5dB.

Finally towards the end of 2010, one of the winning artists in the war of loudness is Metallica. From their album “Death Magnetic” (released September 2008) is one of the loudest albums I’ve ever heard. Below is a sample audio wave of their song “Broken, Beat & Scarred” 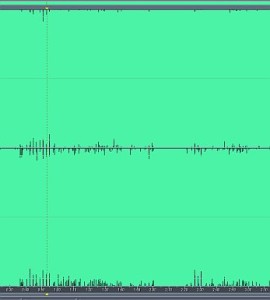 The average RMS power of this song is around -7.5dB and this time I find the volume to be too loud for my own standard. It was now very tiring to listen compared to old Metallica albums. This war should end now and I think I would settle at -13dB to -11dB average volume; I can see it as a standard.