Other music libraries also hire a lot of producers, writers and even artist under a “work for hire” agreement” in a contractual basis. In this practice, all works created by the producers, writers and artist are legally owned by the music library. This is different from traditional music publishers because the songwriters are not under a “work for hire” agreement. This means that songs written for the traditional music publishers are not entirely owned by the music publisher but a split ownership with the songwriter.

Summing up the definition, you can say that: 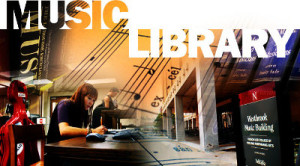 Unless you intend to license a very popular song then it’s not a problem. But for most projects this is not practical. You only need music to fill some space and most of the time, licensing popular song is not necessary. You can shop for a lot of quality music in music libraries. Make sure to check the background and legality of the music library you are dealing with (e.g. double check if they hold the rights to the song and master recording or ask for documents/proof if necessary).