If you are wondering how much are the typical music licensing fees and cost for different projects; I already did some research for you. The reality is that it varies in budget and licensing cost. For example, in the data provided below (see screenshot); you can expect to spend around 30,000 dollars in a single song alone if you need the music for a high end or global ad campaign. Or on the other hand, it will go down as low as $20 for simply leasing for any commercial projects.

Well take note that there are lots of factors behind the costs. It could be the background of the song (more expensive to license established and popular hit songs); the budget and background of the company licensing the music, etc. Anyway let’s proceed…

Also observed that the data are coming mostly from indie music licensing websites, so it could also mean that if you are licensing music from major music publishers and major labels, you can expect an entirely different amount of licensing fees (higher).

This is the final result:

Note: Below are some sample random data gathered from one of the top music licensing websites

What does this imply to a licensee?

It implies that on the average, you can expect:

1.) Advertisement campaigns to cost a lot (as low as $25,000 to $30,000). Also you will notice that licensee will be paying this high amount to the performing right societies of the music publisher or the songwriter. Or if the songwriter/publisher is not affiliated with any societies, you may directly pay to the publisher for the entire amount.

In this type of campaigns, the music are publicly performed; so basically you are using one of the music rights which is the right to public performance.

If you are not familiar with this right, you need to read this post on public performance music license.

To get the most reasonable price range, you can try the calculator in my license music page to get a quote on including music for radio or television advertisements.

2.) To spend around $500 at most to use music in independent films. More than that, it can be considered costly based on the sample data. What is surprising it that if you are film producer and needs low cost licensing for using music. You can find music as low as $50 for film usage or even less. Read this important music rights for film guide. 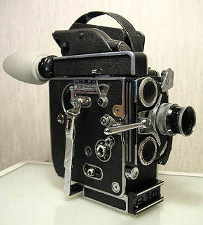 The key is to find independent singer/songwriters which are also music publisher at the same time. They tend to offer low cost music licensing of their music.

3.) To have a reasonable cost range if you are licensing music for background and compilation video. Based on the data provided, background music can be as high as $500 to as low as $250 dollars. For example in YouLicense, the overall licensing fee can range starting from $20 to $150. These are reasonable price range for licensing indie music projects.

What you should take note?

There are still a lot of factors that you should take note when licensing music. Since the license fee can either be an up-front payment or a continuous payment, you need to ensure or confirm this in the licensing agreement:

1.) Check if you still need to pay for performance royalties. You can read this in the agreement. The tricky thing though is that in standard TV and film industry, a producer is required to include the music in the cue sheets. Big TV and radio companies are licensed by ASCAP to pay performance royalties. The same thing will happen in radio based projects.

2.) If you are using music for film and TV. The licensing fee information alone can be confusing as you still need to know if:

a.) The license fees already covers the sync rights.
b.) Or the performance rights.
c.) Or even the master recording.

2.) Or even you can save more, what if you are licensing the music for some non-profit use or academic use?