Videoke machine is highly popular in business establishments such as bars, restaurants, beach clubs, and even in malls. These machines contain thousands of song databases. It works by dropping a coin or a token before a user can sing any selected songs in the database.

This post would take a look at licensing music for videoke machine business. The objective is to educate videoke business owners, creators or manufacturers of DVD video disc. But before we start, take note of the following definition:

Video CD/DVD/chip supplier/producer – they are involved in producing midi music/videoke music to be included with the machine. The disc also contains video content along with the music. These producers only create the discs or chips NOT the actual videoke machine itself.

Manufacturer/maker = this refers to the creator or supplier of the videoke machine. They order some discs or chips to be included in their machine. 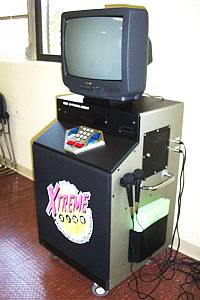 Implementation of videoke machine in commercial establishments requires a music license. This is secured from the music publishers or public performance societies they are represented. The rights used in the videoke music licensing seem complex at first, let’s break down these rights in the manner that they appear or used throughout the process.

1.) Mechanical rights – this is the right to use and embed music in physical media (discs or chips). The payment is per copies distributed or sold. The one that will be paying the license is the DVD videoke disc creator. The license will be paid either to the music publisher or the mechanical rights representative such as Harry Fox agency.

The amount of licensing cost depends on the number of copies sold or distributed. For example if the manufacturer 1000 copies of videoke machine DVD’s containing copyrighted songs, then the manufacturer would need to pay:

These licensing rates vary depending on the application and country of operations. In United States, this is set by the US Congress; you can get some information here.

Read this article on what is a mechanical license agreement for details.

The creator/producer of the DVD/VCD discs or music chips will be the one to get this license and pay the associating licensing fees. To ask for permission to use these rights, you would be contacting the music publisher of the song. In case you do not know the music publishers involved start with knowing how to perform a song copyright search.