The way the guitar sound has been produced has a profound effect on the country sound. For example, record producers would not be using a metal or overdrive distortion on guitars but instead settle for a clean sound most of the time. Overdrive can be used but with little drive to make it sound cleaner than the overdrive sound in rock.

Acoustic guitars are used in all country music album projects making this one of the most important instrument in the music production. Therefore making the acoustic guitar sound great is essential to the success of a country music album. Guitar playing technique is also very important in providing that country sound. Producers would want a majority of the track rhythm to be consisting of strummed six or twelve string acoustic guitar in common time signature.

The bass is used conservatively, making sure that it won’t mud up the entire mix. It is common for the bass guitar notes to be emphasized more than its subwoofer frequencies. And this will make the bass guitar frequencies above the kick drum in the mix. In mastering, vocals and instrument clarity in the middle frequencies is given more emphasis than the bass or high frequencies. This will ensure that the country album would sound great on radio and even in low fidelity systems.

The best way you could learn how to produce country music is to listen to a lot of great country music recordings. It could be your favorite country music artist or new artist. It is recommended to observe the following aspects while listening to the song:

a.) How the song was written – observe the lyrical style, theme, stanza, chorus, bridge and the length of the song.

b.) Arrangement and melodies – observe the chord sequence and arrangement of the song.

d.) Instrumentation – observe how diverse are the instrumentation. Take note how many guitar tracks would the song used in its production, as well as other string tracks like banjo, mandolin or ukelele. 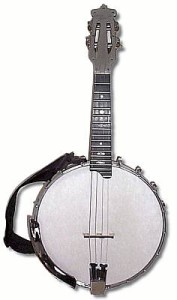 e.) Mixing and mastering aspect – listen closely how the vocal was mixed as well as the panning, effects, presence of other key instruments in country music such as the acoustic guitar, piano.