Once it’s digitally recorded, the tracks are well laid on your DAW software and when you play them together, the pre-mix would automatically sound like the great sounding live performance. It sounds good and needing minimal adjustments in the mix. In this case, you would not need that expensive and fancy plug-ins during mixing. You can simply use free plug-ins to make very minor EQ, compression and reverb adjustments if necessary.

No, if you are recording them one at a time…

If you are recording them one at time, it is highly possible that the resulting mix (when played together after entire recording) is muddy and does not sound great. This requires sophisticated EQ, compression and other effects processing in the mix. You should be using a highly accurate and transparent plug-in for this such as the industry standard Waves. 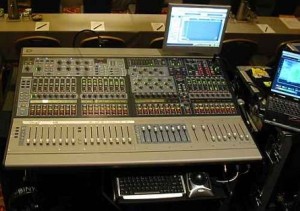 If you have the budget for building a recording/mixing studio; you have two options:

a.) Either spends this money buying a large console with direct outputs, including the audio interface and DAW/monitors for tracking and mixing. This would make it possible to record the band live to render the best analog sound possible. In this case, you do not need to buy expensive digital mixing plug-ins to make them sound great in the mix. Take note a serious downside of this technique is that you cannot revert the changes except by re-recording the tracks.

b.) Or simply buy an audio interface and DAW/monitors with great set of plug-ins like Waves for digital audio mixing. In this case, you can track the project one at a time (recording 100% dry), and then apply plug-ins to make your mix sound great. This technique would be convenient because you can apply effects as many times as possible without the need of re-recording.