Those 3 major processes affecting the quality of your overall tracks particularly equalization and compression process.

Honestly it is the limiting process the sets the volume really loud. This can be accomplished with a plugin called “limiter”. One of my personal favorite is using Waves L1 and L2. These are not free plug-ins but widely used among music production professionals. You can refer to this tutorial for some tips in using limiter.

You can also read this article on audio mastering software and plugins if you want free stuff/plug-ins.

Too much abuse of limiting to maximize loudness can squash or destroy the original dynamics of the recorded audio as illustrated here.

The rest of the techniques illustrated below apply best to mastering process.

To do normalization in Adobe Audition 1.5 (similar steps to other audio editing software):

1. Using Edit view, highlight the parts of the audio wave you want to normalize.
2. Go to Effects—->Amplitude
3. Then in constant amplification tab, Find “calculate normalization value” then click “calculate now. This will give the amount of boost in dB needed to reach maximum amplitude of -0.2dB (0dB is not recommended, always give some headroom for best results)
4. Then click OK. It will then normalize the tracks to -0.2dB. 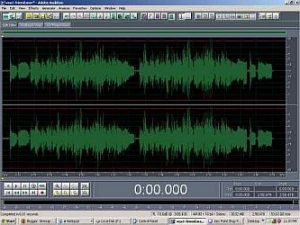 See the difference??? Normalization amplifies the whole waveform in such a way no peak will be louder than the specified target (e.g. 0dB). In other words it will not sound as loud as using compression but it sounds absolutely clean.

Below is a screen shot of the same wave using limiter:
Tools/Settings: Waves L2 Plug in, -8dB threshold, Out of ceiling= -0.2dB 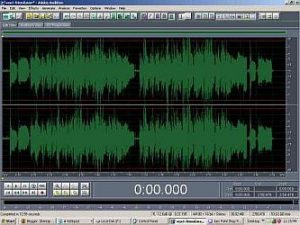 As bonus for you, you can read this tutorial on the 54 ways you can improve the quality of your recording projects.