Supposing you are working with an untrained vocalist that cannot sing at a consistent volume; in this case, you will need to apply dynamic range compression to even up the vocal level. This is demonstrated clearly in the audio compression tips tutorial on vocals. Below is how this compressor will work (graphically): 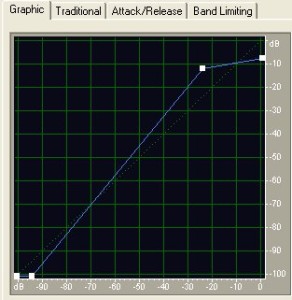 How would you interpret the compressor behavior below? 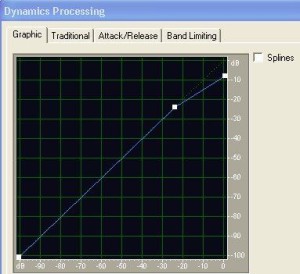 For example, at input level of -10dB, the corresponding output level is -15dB based on the graph. Based on the compressor above, the following are its properties:

Below is an interesting input/output graph for different compression ratios: 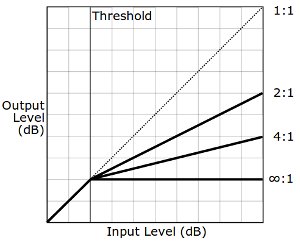 You can read here the details on the compression ratio formula.

How about the attack and release? This is discussed in the following tutorial:

How compressor attack and release works- A Beginner Tutorial